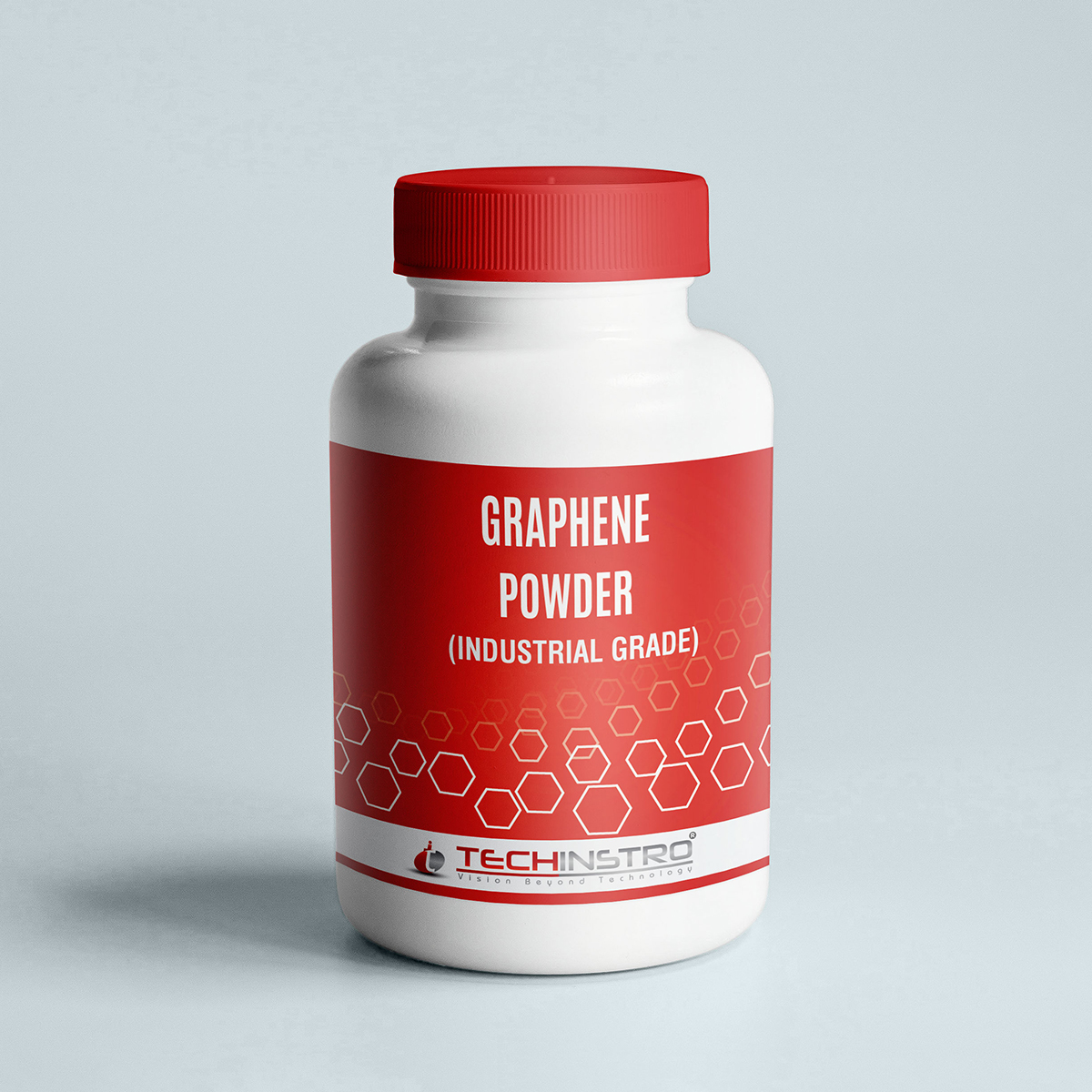 As graphene itself is ideally only one-atom-thick and formed from hexagonally connected carbon atoms. These share a single electron with three other carbon atoms which leave one electron free for adequate electrical conductivity. It is black in color, where the thickness is around 3-4 nanometers with the lateral dimension is 5 to 10 microns. There is 4 to 6 number of layers in the research grade graphene nanopowder. It has a high aspect ration, about 1000 times greater than the 99% of carbon.
Due to its excellent physical features, often result in graphene being called the ‘Super Carbon.’ Owing to these properties, graphene can make into different constructs and forms, such as graphene sheets, graphene-powder, and graphene flakes.
Graphene powder is globally considered as being a ‘wonder material,’ owing to its impressive properties. It is also known as graphene nanopowder, due to it nano-structural behavior. It is one of the strongest and ideal conductors of heat and electricity. This immensely versatile material is finding increasingly widespread application in research and diverse industries all over the world.

This consists of features that are seen on a graphene sheet as well. It increasingly used in numerous electronic devices, along with several other industrial applications where efficient electrical conduction required in the high-temperature level of working conditions.

The Pi (free) electron in graphene provides excellent electrical conductivity to all forms of graphene, including it, as the movement of the particle is uninhibited across the material’s surface. The graphene material also does not require any input of energy as the lack of band gap (owing to overlapping Pi electrons) allows the electrons to move freely. The electrons can even act as photons and give the material a high level of electronic mobility.

has been added to your cart.
Checkout
BULK ORDER