The switchable film is quite a simple set-up allowing you to control the opacity level of windows and doors, apart from other applications. The entire system consists of liquid crystals which dispersed in a unique polymer solution. It is then inserted between two transparent sheets of PET (Polyethylene Terephthalate). Then, the PDLC film connected to two electrodes from a power source.

On the other hand, when an electric current is not applied to it, the liquid crystal particles begin to get arranged in a random manner, which blocks the passing of light through the PET sheet. That makes the switchable film completely opaque, allowing you the required privacy.

Along with blocking light by turning opaque, the PDLC film is also able to block heat in the sunlight as well.

These are the unique properties of PDLC film which makes it such an excellent widespread product for use:

These are the present and potential applications of switchable glass in industries and R&D sector:

The switchable film is an excellent choice to replace your conventional transparent/opaque glass. With these, you have only a single choice – between transparent or opaque. However, with the PDLC film, you can now alternate between complete transparency and opacity with a single flick of a button.

This alternative is not only more cost-effective to install but requires almost no maintenance too.

Now install PDLC film on display cases holding fragile and light-sensitive items and artifacts. You can now ensure constant maintenance of the product’s color and quality by storing it in a display case covered with switchable film.

It is one of the thinnest human-made materials and is also a high potential for use in advanced solar panels. The ability to control an amount of solar radiation which can be absorbed by such solar panels ensure a more efficient and successful power generation.

Apart from these, Switchable PDLC film also finds applications in monitor rooms, security panels along with doors in banks and ATMs. 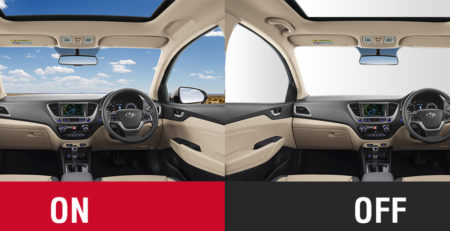 Innovation in technology has enabled us to increase the level of comfort in our daily lives exponentially. Small inventions... read more
BULK ORDERBLOG
× product(s) added to cart →